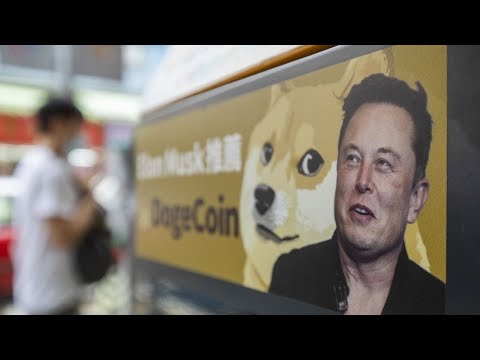 Over the weekend. You, you tweeted your support of one cryptocurrency. Um, what is happening and do you still think people should, should invest or is it a more selective approach? Well, I, I, I have never said that people should invest in crypto.

Um, in the case of, uh, Tesla it’s face X, myself, um, uh, you know, we face X and Tesla and myself all did buy some Bitcoin. Um, but it’s a small percentage of our total, uh, cash and near cash, uh, assets. Uh, so, uh, you know, not, not a less significant, um, I also, uh, Bought some do coin and Tesla accepts DOE coin for some, um, merchandise and space equity is the same.

And, um, and I intend to personally support a doge coin because I just know a lot of people who are not that wealthy, who, you know, have encouraged me to buy and support those coins. So I’m responding to. That those people, uh, just people that would’ve walked around, the factory it’s face X or Tesla, they’ve asked me to support do coins.

So I drank so cause do coin, I think has come down a lot. It’s down about 80, 90% or it’s down a lot. And that’s the reason why you, you came out and said that you still thought there was value there. You, the, I said I was four door coin and I am doing that.