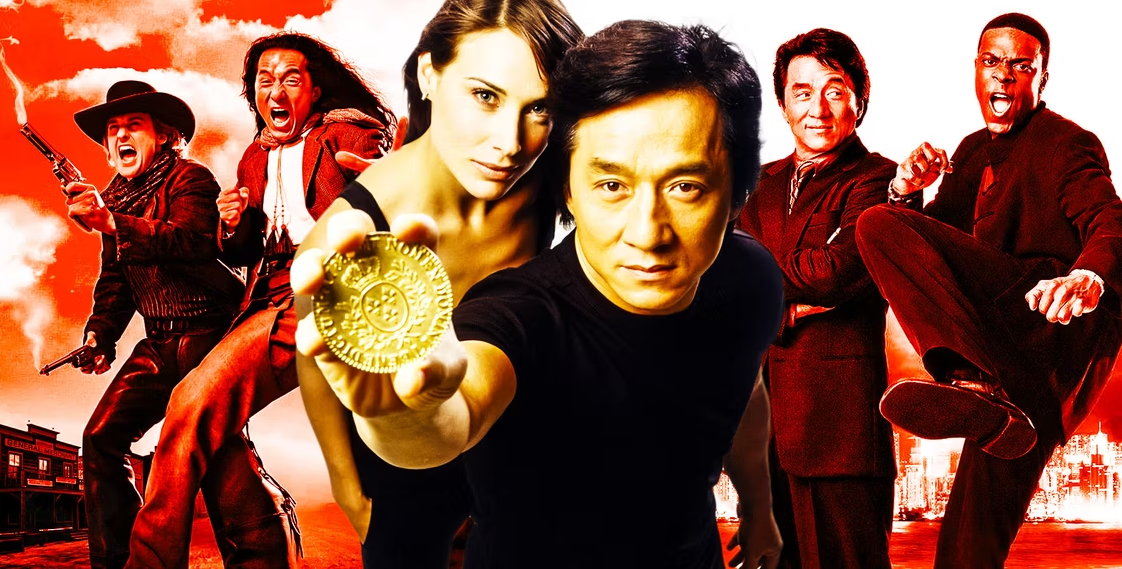 The legendary Jackie Chan built his early career in the Hong Kong film industry, but he has also been part of many great and not-so-great Hollywood action movies, the latter of which deserve a ranking of the worst to the best. Jackie Chan transitioned from stuntman to leading man in the late 1970s with his breakout hits Snake in the Eagle’s Shadow and Drunken Master. While Jackie Chan became a huge star in the East with hits like the Police Story series, his ultimate goal was to achieve the same success in Hollywood.

After some failed attempts in the mid-1980s, Jackie Chan finally became a household name in the West with the 1998 buddy comedy hit Rush Hour. Jackie Chan followed that up with other popular action comedies like Shanghai Noon and Shanghai Knights, as well as his long-awaited team-up with Jet Li in 2008’s The Forbidden Kingdom. Though Jackie Chan seldom makes Hollywood movies anymore, his career in the West is no less significant to the legacy of his one-of-a-kind formula of Jackie Chan-style comedic kung fu. Here is every Jackie Chan Hollywood movie, ranked from worst to best.

Far from simply being Jackie Chan’s weakest Hollywood movie, The Tuxedo is also one of the goofiest entries in his entire career. Jackie Chan plays James Tong, a hapless cab driver turned chauffeur to super-spy Clark Devlin (Jason Isaacs). He finds himself thrust into an espionage role himself with a high-tech Tuxedo that turns him into a super spy and an invincible fighting machine. The silly premise of The Tuxedo sounds perfect for a Jackie Chan movie, but the movie involves a shockingly sloppy imitation of the kind of fight scenes and stunts of Jackie Chan’s Hong Kong heyday.

The Tuxedo doesn’t work much better as a Bond spoof either. The plot of the sinister Dietrich Banning (Richie Coster) to use water striders to make his bottled water business the world’s only source of hydration has plot holes one could spot a mile away, and there’s such constant non-comedic friction between Jimmy Tong and Jennifer Love Hewitt’s Del Blaine to show that they’re clearly better off not working together. The Tuxedo is anything but a Jackie Chan career highlight, though Hewitt at least scores one unforgettable one-liner, throwing punches at one of Banning’s henchmen while exclaiming “Stomach! Head! Stomach! Head!”